Optical sensing smoke alarms are sensitive at detecting large particles of smoke, which tend to be produced in greater amounts by slow smouldering fires, which may smoulder for hours before bursting into flames.  A battery powered optical smoke alarm is suitable for areas adjacent to where cooking fumes are often present. It is very easy to install and maintain.

Heat detectors have been developed for use in places where a smoke detector is not suitable, for example in places with high air temperatures, high humidity or in dusty environments such as attics and garages.  Condensation or cooking fumes may also cause a smoke detector to be activated falsely.

Carbon Monoxide (CO) is an invisible, odourless, deadly gas.  Because you can’t see, taste or smell it, carbon monoxide can kill you before you even know it’s there.  It is found in fumes produced with the burning fuel in cars or trucks, small engines, stoves, lanterns, grills, fireplaces, gas ranges, or heaters.  CO can build up indoors and poison people and animals when it is breathed in. The most common symptoms of CO poisoning are headache, dizziness, weakness, upset stomach, vomiting, chest pain, and confusion.  CO symptoms are often described as “flu-like.” People who are asleep can die from CO poisoning before they even have symptoms. 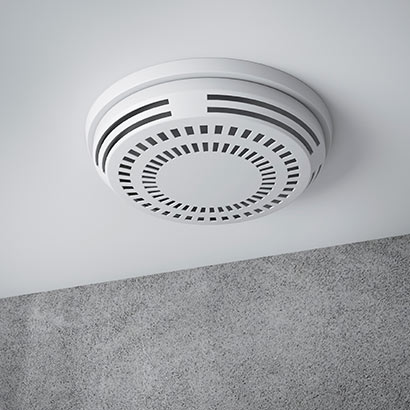 Want to hear what other clients are saying?

Excellent service. Technicians Giuseppe and Anwar were polite, respectful and did a good job at installing. Also very happy with your free CCTV notice stickers."

Very satisfied with the installation team sent on site. I was impressed by the co-operation of your lead person, who took into careful consideration my particular requirements, and that the team behaved well, showing responsibility and respect while conducting their work.

Thank you for the service. I admired your technicians: knowledgeable, hardworking and polite.

Your technician Steven Azzopardi was on site today installing the biometric door access. Please say thank you as he did a really good neat job. Thanks for your prompt action.

I would like to thank you and your staff for your cooperation and assistance, and for completing the project on schedule and to specification. It was a pleasure to work and collaborate with you
Thank you.

Today we had the visit of your technicians Kenneth and Jonathan - for the services of our extinguishers. We appreciate the good and clean work they did.

Service is good and the staff are well trained (Roderick Zammit)

Dear all,
A short note to advise that Jean Pierre, Adrian and Kevin performed a very professional job when installing an alarm and CCTV System in my house.

Very well served by Alberta...In less than 2 days they came to update my home system alarm and change of batteries...Very efficient and excellent service. Thank you, Duncan Barbaro Sant and Quillan Borg.

Michelle Dimech on Are you Being Served Domestic Customer

Today Kevin has installed our new panic bar with key, as usual with Kevin the job was perfectly done. Thanks for your support, kind regards and happy Easter.

Today one of your technicians by the name of Mr. Michael Aleno came to see to my home alarm and I was impressed with the excellent customer service I received from beginning to end. Mr. Aleno is a perfect example of what customer service is all about and above all an asset to your company. Keep up this professional service which unfortunately is lacking on this island.